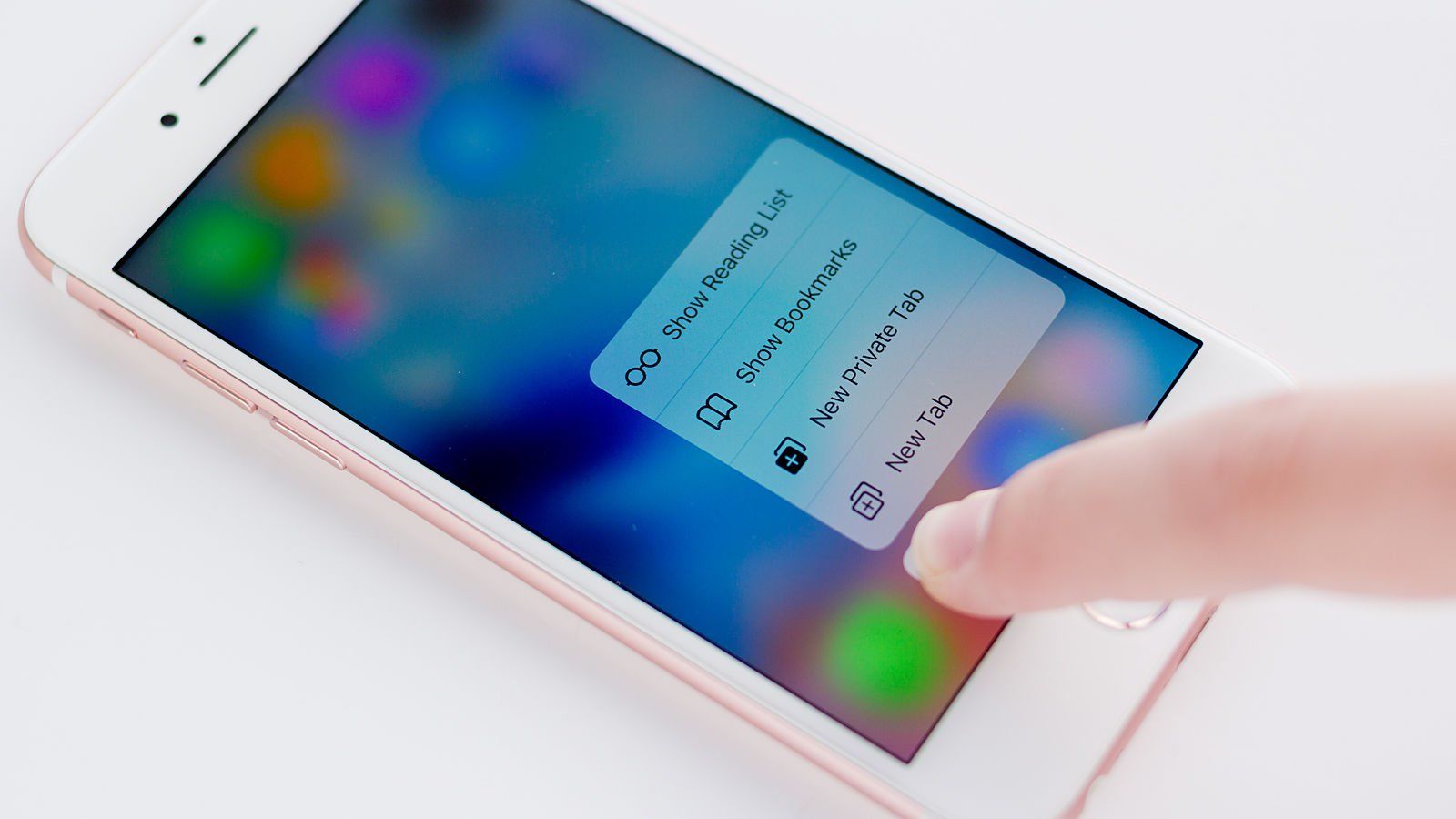 Force touch technology was not efficient in this upgrading world to resolve this problem 3D touch was introduced. Taking the Force Touch technology to an altogether new level, Apple launched 3D Touch on iPhone 6S and 6S Plus. Being more sensitive than Force Touch, 3D Touch has been developed to work using capacitive sensors integrated into the display.
Working-

In functionality, 3D Touch is really smart. It allows you to carry out certain tasks instantly through quick actions. It is generally essential for performing the tasks we intend to use most often. You don’t need to launch an app to carry out actions. As for instance, if you want to take a selfie, you don’t need to launch the Camera app. Simply light press on the Camera app, you get the option to Take Selfie right on your Homescreen.
Functionality for Peek and Pop-
In order to master 3D Touch, you need to understand Peek and Pop. While the former refers to a light press, the later is a hard press.
If you want to peek at a message, you just need to press it lightly. And, if you wish to pop into the message for a full view, you need to press it a little more deeply. That’s how it works!
Differentiating between Force Touch and 3D Touch-
Force Touch is smart enough to detect the pressure applied on the screen. It can detect not just multiple touches on the screen but can also calculate the difference in pressure on various points of the screen.
However, while reacting to your touch, Force Touch is not as fast as 3D Touch. The lightning fast response of the 3D Touch is because of the fusion of capacitive sensors and strain gauges. This fusion is perfected by the Taptic Engine.
The Future for Touch Technology-

Knowing the significance of how much 3D Touch has been appreciated by iPhone 6s users; touch technology is going to get a lot better in future. With the amazing ability to let iPhone owners use their device with more convenience and faster, it is here to stay.
Android smartphone makers are also working to provide 3D touch on their phones, currently, the Nougat version based smartphones are providing 3D Touch.