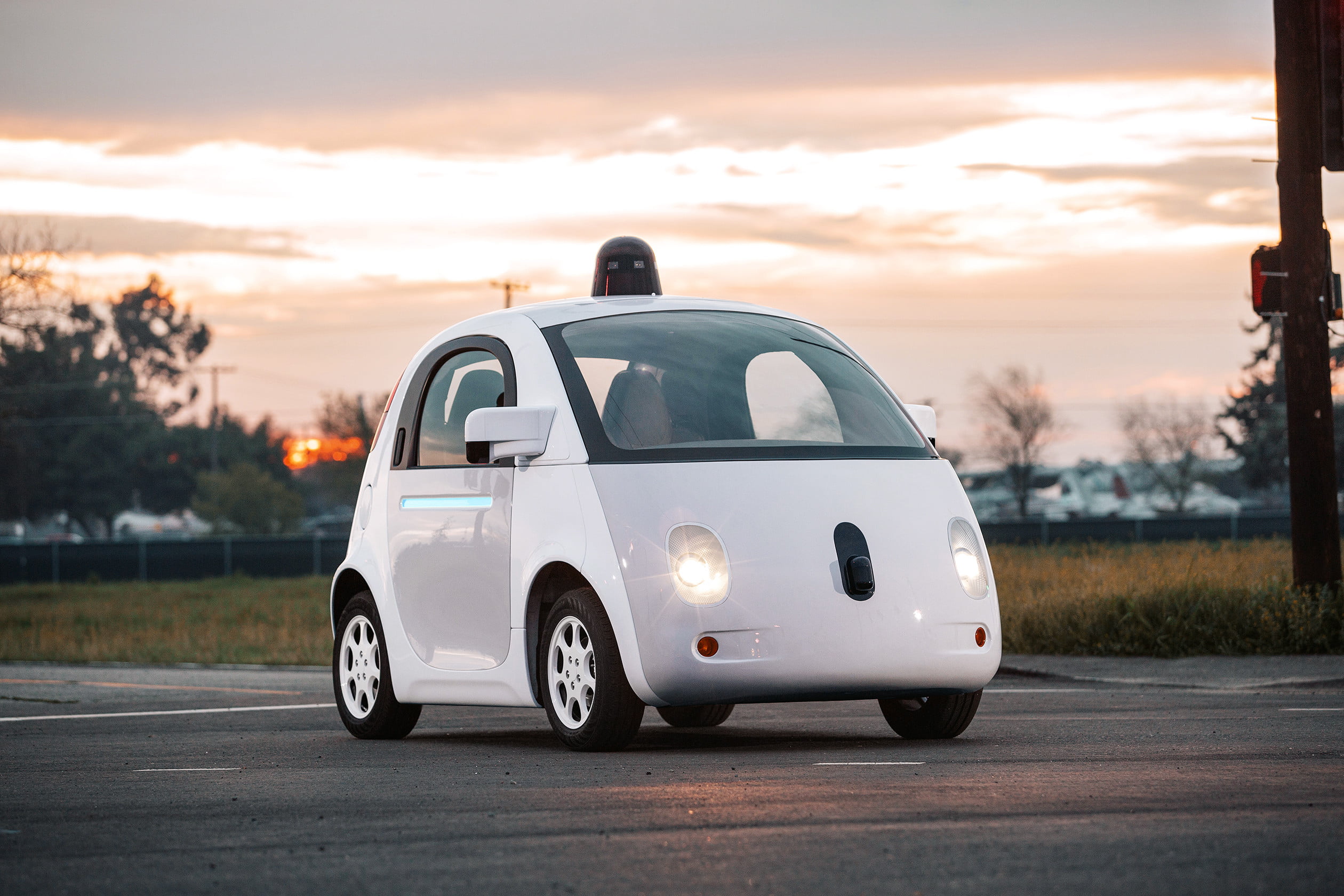 The Google Driverless Car is like any car, but:

What is Google Driverless Car?

A driverless car (sometimes called a self-driving car, an automated car or an autonomous vehicle) is a robotic vehicle that is designed to travel between destinations without a human operator. To qualify as fully autonomous, a vehicle must be able to navigate without human intervention to a predetermined destination over roads that have not been adapted for its use.

Brief History of the car -?

The origins of automated cars go back to the 1920s. The technology significantly advanced in the 1950s, but it wasn’t until the 1980s with the introduction of computers that truly autonomous vehicles began to become a possibility. Mercedes-Benz, General Motors, Bosch, Nissan, Renault, Toyota, the University of Parma, Oxford University and Google have all developed prototype vehicles since then.

Google’s self-driving car project was formerly led by Sebastian Thrun, former director of the Stanford Artificial Intelligence Laboratory and co-inventor of Google Street View. Thrun’s team at Stanford created the robotic vehicle Stanley which won the 2005 DARPA Grand Challenge and its US$2 million prizes from the United States Department of Defense.The team developing the system consisted of 15 engineers working for Google, including Chris Urmson, Mike Montemerlo, and Anthony Levandowski who had worked on the DARPA Grand and Urban Challenges.

Proponents of systems based on driverless cars say they would eliminate accidents caused by driver error, which is currently the cause of almost all traffic accidents. Furthermore, the greater precision of an automatic system could improve traffic flow, dramatically increase highway capacity and reduce or eliminate traffic jams. Finally, the systems would allow commuters to do other things while traveling, such as working, reading or sleeping.

The Waymo project team has equipped a number of different types of cars with the self-driving equipment, including the Toyota Prius, Audi TT, Fiat Chrysler Pacifica and Lexus RX450h.Google has also developed their own custom vehicle, which is assembled by Roush Enterprises and uses equipment from Bosch, ZF Lenksysteme, LG, and Continental.

As of June 2014, the system works with a very high definition inch-precision map of the area the vehicle is expected to use, including how high the traffic lights are; in addition to onboard systems, some computation is performed on remote computer farms.

In May 2016, Google and Fiat Chrysler Automobiles announced an order of 100 Pacifica hybrid minivans to test the technology on.

Google’s robotic cars have about $150,000 in equipment including a $70,000 LIDAR system.The rangefinder mounted on the top is a Velodyne 64-beam laser. This laser allows the vehicle to generate a detailed 3D map of its environment. The car then takes these generated maps and combines them with high-resolution maps of the world, producing different types of data models that allow it to drive itself.

In 2017, announced a partnership with Intel to develop autonomous driving technology together and develop better processing.