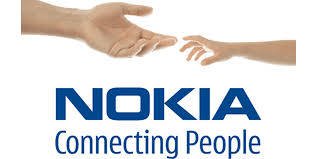 On Monday 08-01-18,
India unveiled its fastest supercomputer ‘Pratyush’ which is an array of computers that can deliver a peak power of 6.8 petaflops. One petaflop is a million billion floating point operations per second and is a reflection of the computing capacity of a system.
According to reports of Indian Institute of Tropical Meteorology (IITM), Pratyush is the fourth fastest supercomputer in the world which is designed for weather and climate research. It will also upgrade an Indian supercomputer from the 300s to the 30s in the Top500 list, a respected international tracker of the worlds fastest supercomputers.
The government had sanctioned last year 400 crore in order to put in place a 10-petaflop machine. The main functionality of this supercomputer would be monsoon forecasting with the help of a dynamic model. This requires simulating the weather for a given month and letting a custom-built model calculate how the actual weather will play out over June, July, August, and September. This new system would provide wings to the technology and it would be possible to map regions in India at a resolution of 3 km and the globe at 12 km.
The machines will be installed at two government institutes: 4.0 petaflops HPC facility at IITM, Pune; and 2.8 petaflops facility at the National Centre for Medium-Range Weather Forecast, Noida.
The sole purpose of installing such a high-capacity supercomputer in India is to accelerate the weather forecasting in the country, primarily before the arrival of Monsoon season in India. In addition, Pratyush will monitor the onset of other natural calamities such as floods and Tsunami in the country. As a matter of fact, farmers will get a big relief as the unprecedented rainy season in India often results in a bad annual crop production.
This increase in supercomputing power will go a long way in delivering various societal applications committed by MoES. This will also give a fillip to research activities not only in MoES but also in other academic institutions working on various problems related to Earth Sciences, said IITM in its release.