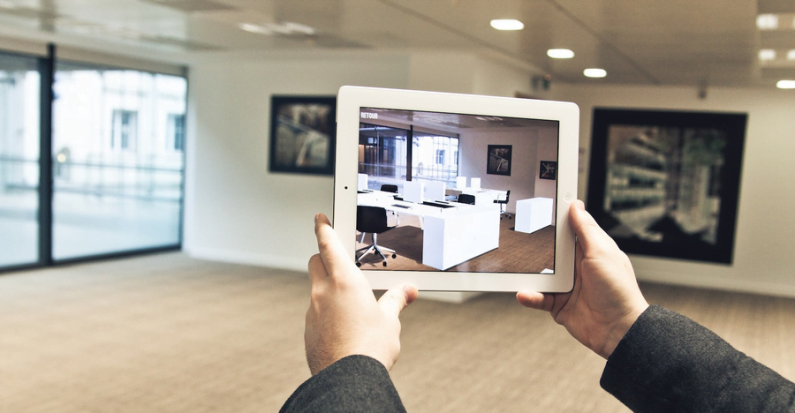 WHAT IS AUGMENTED REALITY

Augmented Reality was first achieved, to some extent, by a cinematographer called Morton Heilig in 1957. He invented the Sensorama which delivered visuals, sounds, vibration and smell to the viewer. Of course, it wasnt computer controlled but it was the first example of an attempt at adding additional data to an experience. Wikipedia describes?Augmented Reality ?as a live direct or indirect view of a physical, real-world environment whose elements are Augmented” by computer-generated or extracted real-world sensory input such as sound, video, graphics or GPS data.

The first properly functioning AR system was probably the one developed at USAF Armstrongs Research Lab by Louis Rosenberg in 1992. This was called Virtual Fixtures and was an incredibly complex robotic system which was designed to compensate for the lack of high-speed 3D graphics processing power in the early 90s. It enabled the overlay of sensory information on a workspace to improve human productivity.

The best and most relevant example of app popularly known as Pokmon Go. Those who have played that that game knows what that game is. That game is actually creates virtual characters augmented in the actual world. The basic concept of that game is to catch pokmon as you open the app you see a different world in the same world. It just takes the real world as a base and shows augmented /virtual reality effects.

Use of augmented reality can be done in different fields of study and practical use as:

AR would also be a way for parents and teachers to achieve their goals for modern education, which might include providing a more individualized and flexible learning, making closer connections between what is taught at school and the real world, and helping students to become more engaged in their own learning.

AR provides surgeons with patient monitoring data in the style of a fighter pilot’s heads-up display, and allows patient imaging records, including functional videos, to be accessed and overlaid.

In combat, AR can serve as a networked communication system that renders useful battlefield data onto a soldier’s goggles in real time. Virtual maps and 360 view camera imaging can also be rendered to aid a soldier’s navigation and battlefield perspective, and this can be transmitted to military leaders at a remote command center from the soldier’s viewpoint, people and various objects can be marked with special indicators to warn of potential dangers.

A number of games were developed like Pokmon go and others. The gaming industry embraced AR technology in the best way possible for normal people.

Experts predict the AR market could be worth 122 billion by 2024. So this report by BBC tells us that augmented reality has very big market as the development goes on and on.