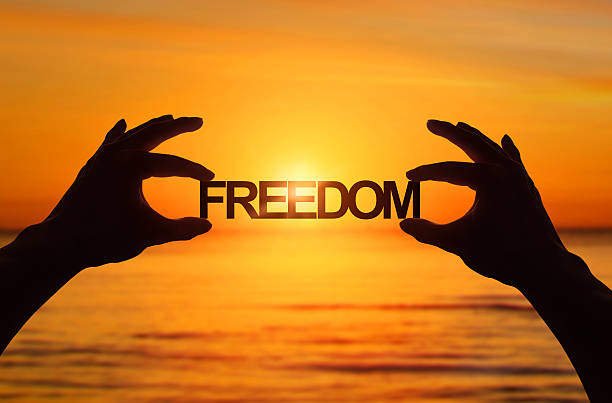 A mind without fear 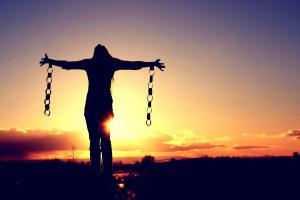 The true freedom lies when the mind is without fear. If a mind is without fear the barriers in the way wonâ€™t matter. The true inspiration of heart lies with the mind free from any compulsion. People should not get tired of working or become lazy to ignore their duties. Discipline is an essential element of freedom, without which it leads to chaos and disorders.
Our mind is a funny thing. On the one hand, itâ€™s awesome. But on the other, it can pulverize us more quickly and ruthlessly than anything else.
Our mind is inherently scared. Thatâ€™s its job, to be cautiousâ€”to keep us alive, to have us cross roads safely and not get eaten by a lion. But left unchecked, it can become paralyzed with fear and meaner than a cornered crocodile.
The mind’s tendency to want to control is so strong and so habitual that we often donâ€™t realize when it tries to push our inner wisdom and natural sense of ease and love aside.
The bad news is there is no book or course that will change the nature of our mind. The good news is that we donâ€™t have to change it. The problem isnâ€™t our mind but how we use it. Your mind wants facts. It likes making calculations, running the odds.
I thought there were rules more important than the deep desire not to do something. Rules like be a good friend, be a good student, go to lots of parties. Your mind doesnâ€™t realize that saying â€œnoâ€ isnâ€™t a big deal or even a medium deal. Or that your intuition is where wisdom lies.
The need for Logical Thinking and Reasoning 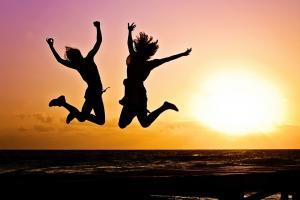 The reasoning is thinking enlightened by logic. It can be defined more broadly so that it becomes equivalent to problem-solving or critical thinking, but it becomes a special kind of thinking worth separate discussion only when the logical component is stressed. Thus intuitive, imaginative, and trial-and-error thinking is eliminated, no matter how excellent the outcome of such activities may be. Reasoning or logical thinking is a much-wanted quality if we are to achieve something worthwhile overcoming the narrowness of our thoughts. Superstitious beliefs and dead habits are detrimental to progress. These pull down the creativity and enthusiasm which are necessary for a breakthrough invention or discovery.
Logic is a social invention, but it too has a long history of progressive refinement and transmission from one generation to the next, along with such cultural acquisitions as language and clothing. Hence, the reasoning that occurs today can be considered an adaptive natural function operating with cultural products that have been developed to fit the minds that use them
Freedom from Bondage of Prejudice
One needs to free himself from the prejudices which are like deserts that can dry up any stream of clear thoughts. Achieving something extraordinary or unusual requires broadening the narrowness of the mind. Rational thinking should guide the thoughts, and not age-old superstitions. Old and baseless beliefs should be scrutinized with the help of logic and rational thinking. Acquiring a scientific temper helps in getting rid of many superstitious beliefs. Many of these beliefs are unscientific and these divide the humanity instead of uniting them. It takes a lot of courage and initiative to stand up against the prejudices in society and to work for the upliftment of those affected by it. Despite these odds, being free also means bringing freedom to others. There are ample examples of those, including that of Mahatma Gandhi in South Africa and India, that unless a life free from all evils exists, people cannot enjoy their freedom. To enable others to have freedom, one needs to be fearless, truthful, and broad-minded. The faith in self can help you to get rid of those thoughts. Break your barriers.
â€˜Embrace the struggle and let it make you stronger, it wonâ€™t last foreverâ€™ 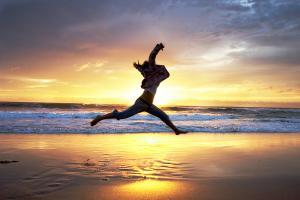 Stop Being Judgmental
An open-hearted person frees himself from the narrow confines of ascribing motives to otherâ€™s action. We ourselves are responsible for creating our own destiny. Making others responsible for our shortcomings and failures means we are still under the influence of being controlled by others. Real freedom means being able to understand that no one can put us down, and it is up to us to make the best of the situation and life. No need to judge anybody. Be curious, not judgmental. Judging someone doesnâ€™t define who they are. It defines who you are. You canâ€™t judge someoneâ€™s story by the chapter you walk in. Every single soul in on the planet has a story. Donâ€™t judge before you truly know their story. The truth might surprise you. It is unethical to judge someoneâ€™s choices without understanding their reasons.
â€˜The strongest person is not those who show their strength in front of the world, but those who fight and win battles those others do not know anything about.â€™

Freedom symbolizes the ultimate in the evolution of human thought free from any oppression or duress. It is a state of mind where one is free from any pressure to speak what he believes, his thoughts. Freedom is the most enchanting feeling in the world.

Gurudev Rabindranath Tagore wrote the poem â€œWhere the mind is without fear and the held is held highâ€™â€™ in the 20th century. Itâ€™s a prayer to the almighty for granting freedom to humanity from obsession.