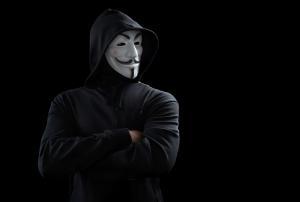 Hacking is an attempt to exploit a computer system or a private network. It is said to be unauthorized access to someone’s computer. It is a security breach to a network or a system and extraction of some data or information without permission. Computer hacking refers to the practice of modifying or altering computer software and hardware to accomplish a goal that is considered to be outside of the creatorâ€™s original objective.

The person engaged in hacking activities is known as a hacker. This hacker may alter system or security features to accomplish a goal that differs from the original purpose of the system. The majority of hackers possess an advanced Knowledge of computer technology. The typical computer hacker will possess an expert level in a particular computer program and will have advanced abilities in regards to computer programming.

Now I am going to list down the types of hackers:

1. Script Kiddie: You can say that they are the noobs of the digital world. they don’t know real hacking nor do they care. They just copy the codes and use it for virus or SQL injection. A common Script Kiddie attack is DoSing or DDoSing (Denial of Service and Distributed Denial of Service), in which they flood an IP with so much information it collapses under the strain.

2. White Hat\ Ethical Hackers: These are the good guys of the hacker world. They often provide cybersecurity to different companies. They can help you to remove viruses. White Hat hackers hold a college degree in IT security or computer science and must be certified to pursue a career in hacking.

3. Black Hat /Crackers: They are the notorious pirates who people are scared of. They find banks or other companies with weak security and steal money or credit card information. The surprising truth about their methods of attack is that they often use common hacking practices they learned early on. They can destroy any system and extract the valuable information.

4. Gray Hat â€“ Nothing is ever just black or white; the same is true in the world of hacking. Gray Hat hackers donâ€™t steal money or information (although, sometimes they deface a website or two), yet they donâ€™t help people for good (but, they could if they wanted to).

5. Green Hat– They care about hacking and strive to become full-blown hackers. Theyâ€™re often flamed by the hacker community for asking many basic questions. When their questions are answered, theyâ€™ll listen with the intent and curiosity of a child listening to family stories. They are money minded hackers and they only hack for money.

6. Blue Hat â€“ When a Script Kiddie took revenge, he/she might become a Blue Hat. Blue Hat hackers will seek vengeance on those who have made them angry. Most Blue Hats are noobs, but like the Script Kiddies, they have no desire to learn.

7. Red Hat: These are the vigilantes of this digital world. They don’t care to arrest or report black hats rather they would like to shut them for good. They use multiple aggressive methods that might force a Blackhat to need a new computer. They focus to destroy blackhat from the root.