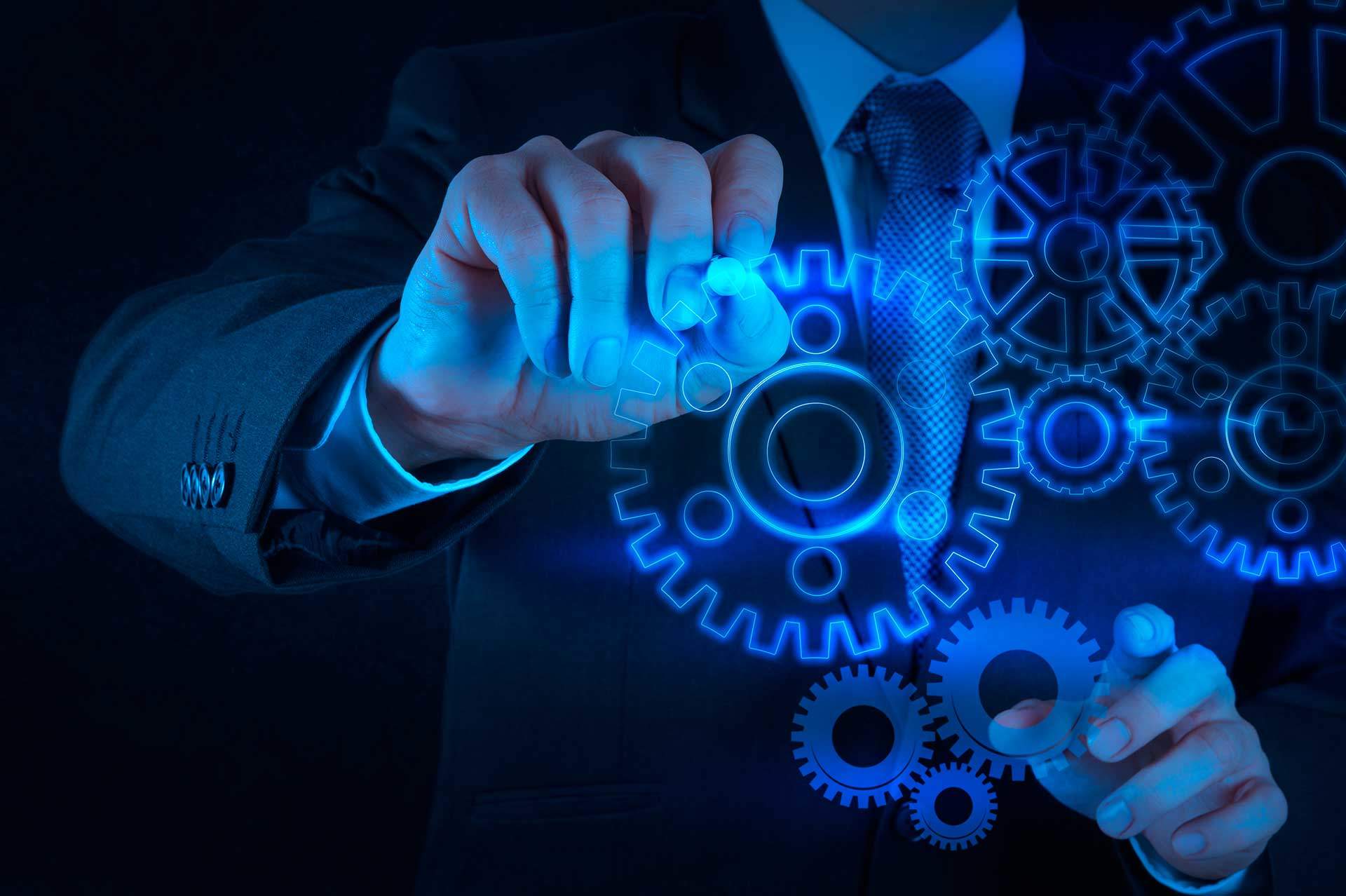 The Future Of Business – ARTIFICIAL INTELLIGENCE

Technological Innovations have been the fundamental drivers of economic growth for more than 250 years. Most important of these are the steam engine, electricity, and the internal combustion engine. For example, The Internal Combustion Engine gave rise to cars, trucks, Airplanes, Chainsaws, Big-Box retailers, Shopping Centers, etc.
The most important general-purpose technology of our era is Artificial Intelligence.
Humans are more likely to work with the smart machine in the digital enterprises of the future than being ousted by them, but the possibility of economic and social disruption needs to be on the political agenda.
In the sphere of business, AI is poised to have a transformational impact, on the scale of earlier general- purpose technologies. The effects of AI will be magnified in the coming decade, as Manufacturing, Retailing, Entertainment, Education and Virtually every other Industry transform their core process and business models to take advantages of machine learning.
We see business plans liberally sprinkled with references to machine learning, neural nets and another form of technology. For example, simply calling a dating site AI-Powered, doesnt make it any more effective, but it might help in fundraising.
Artificial Intelligence is not about building a mind; its about the improvement of tools to solve problems.

HUMAN-
Improving the relationship between people and machines.AI will improve how we live and work as individuals and a society. People will be able to spend more time on creative work. People and AI will Co-evolve, improving peoples life and IQ. People who design, build and program them will also be smarter. As people will be smarter machine will also be smarter.
PROCESS-
AI technologies will reinvent processes, removing not only time and distance but also human limitations. There will be a number of tools that will help in Business Process. Such as,
-Which next step the employee should take,
-The decision of action to be taken or not.
-Select an employee for particular task depending on previous work data of employee.
-Root cause analysis of Business loss.
-Business improvement deals and many more

DATA-
Combining AI and machine learning with Data will make the process more efficient. We are in the era where computers are capable of programming themselves. They will update algorithm with data by themselves to evolve faster. Artificial Intelligence will use important data to improve business to large extent.
A year spent in Artificial Intelligence is enough to make one believe in God 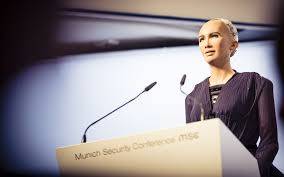 Sophia ? A Humanoid Robot
A great Achievement towards Artificial Intelligence is the robot SOPHIA. Sophia was developed by a Hong Kong-based company Hanson Robotics. In October 2017, the robot became a Saudi Arabian citizen, the first robot to receive citizenship of any country. Cameras within Sophias eyes allow her to see. She can follow faces and recognize individuals. She is able to have a conversation using Alphabets Google Chrome voice recognition technology and SingularityNET, which powers her brain.Sophia was activated on April 19, 2015. She is modeled after actress Audrey Hepburn and is known for her humans like appearance and behavior. The information is shared in the cloud that helps Sophia to learn things. Many robots like Sophia are connected to a particular cloud, such that whatever Sophia will learn will get updated to cloud helping other robots to automatically learn.
Sophia has been interviewed in the same manner as a human. Some replies have been nonsensical and some impressed interviewers so much. In the future robots like Sophia might go to school, study, make art, Startup business and even have its own home and family. They might also serve Therapy, Healthcare, Education and Customer service.
Robots such as Sophia, if programmed for business then it can perform excellently for business growth reducing human effort and guiding executives successfully throughout a particular Business.
Artificial intelligence will be the ultimate version of Google. The ultimate search engine that would understand everything on the web. It would understand exactly what you wanted and it would give you the right thing. We are getting incrementally closer to that, and that is basically what we work on
There are some ways where AI can be used into business.
Assisted Intelligence is improving whatever people and organizations are already doing.
Augmented Intelligence is in the beginning stage now. It will enable companies to do things they couldnt do.
Autonomous Intelligence is still in developing process and is about creating and deploying machines that will work on their own.
While possible impacts of AI is very broad. For example, If a customer calls a company, company agents take them to a Series of the question so the customer can be added to various systems. It’s only when the agent can deal with the particular problem. If AI is introduced that can automatically complete the onboarding process, the experience becomes easier and efficient for both agent and computer.
What AI can do in future is beyond our imagination, but the base of future AI technology has already been started. There is number of AI tools that most of the Top Companies are using. Top 10 Artificial Intelligence tools are listed below :
1-Textio
2-Conversica
3-X.ai
4-Guru
5-Tamar
6-Digital Genius
7-Quill
8-Recorded Future
9-Intra pexion
10-DataRPM
Above listed Tools are efficient in different fields such as; Prediction technology, Sales assistant, Smart assistant (handles meeting request), Tracking tool (keep track on the calendar, track events, meetings, etc.), Data Integration, Natural Language Processing, Threat intelligence etc.

Computers will overtake humans with AI within the next 100 years. When that happens, we need to make sure the computers have GOALS ALIGNED WITH US